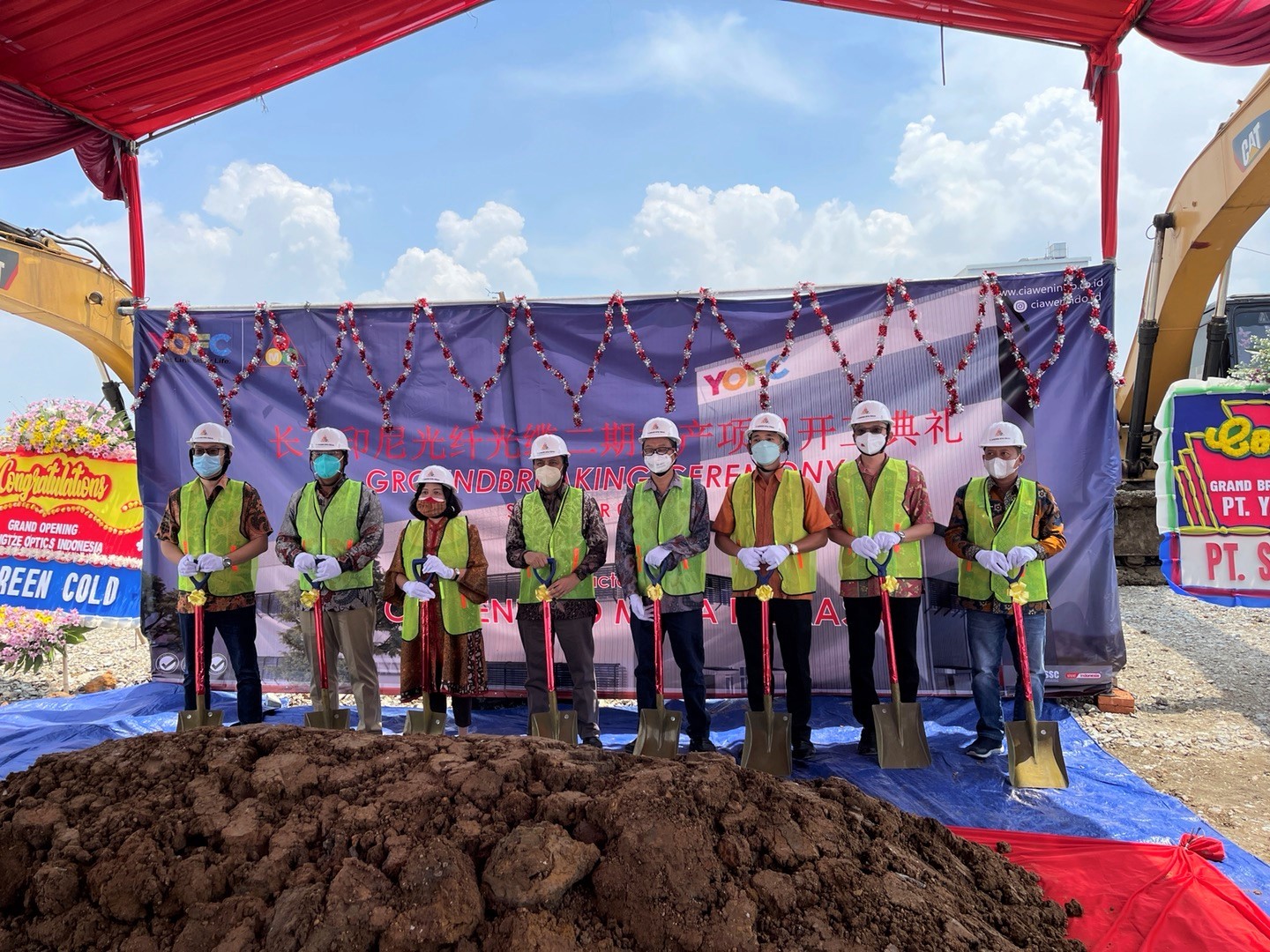 The expansion will occupy an additional area of over 30,000 square meters and the second phase of the plant will be built on the original optical fibre and cable plants respectively. The completion of the project will take YOFC's optical fibre and optical cable capacity in Indonesia to the next level. The localized production layout of the company means progress will be made in YOFC’s internationalization strategy and supports the efforts of long-term sustainable development of the company.

On the day of the ceremony, the representatives of the general contractor of the project took an oath to ensure the project will be well underway as scheduled without the compromise of quality despite the pandemic. Representatives of the shareholders, leaders of the Karawang Municipality and Suryacipta Industrial Park delivered speeches to wish  the project can be completed and set in motion as scheduled. They also spoke highly of the achievements made by YOFI and YOI in their previous business development and their contribution to the local economy.

As a key country along the "Belt and Road", Indonesia is an important target market for YOFC's internationalization strategy.

In the future, with the mission of "Smart Link  Better Life", YOFC will continue its efforts in internationalization strategy by optimizing its overseas local sales and capacity planning, improving its global industrial layout. In this way, YOFC strives to make new ground in high-quality development and contribute to the new development pattern in which domestic and foreign markets boost each other.