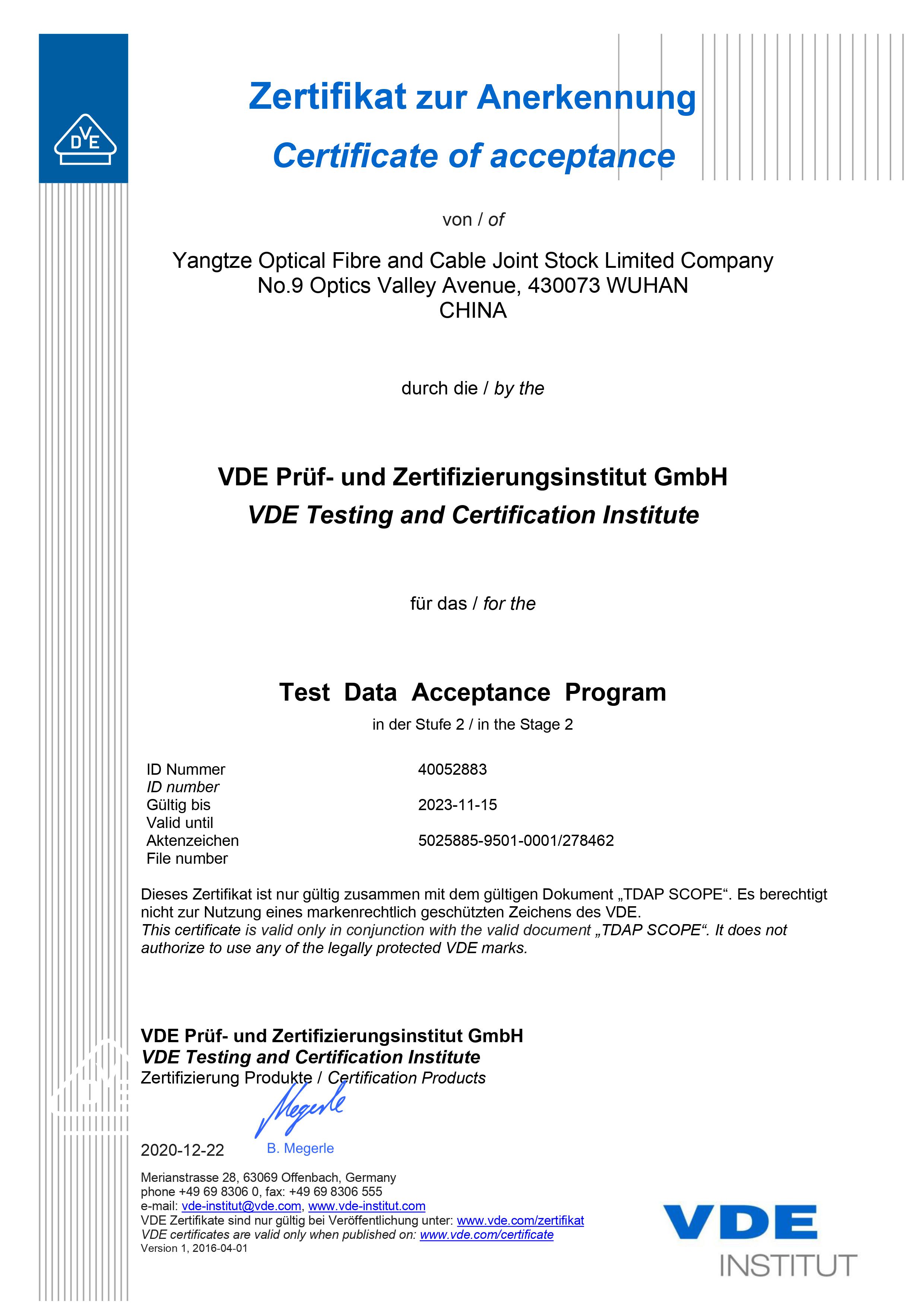 Founded in 1893, the VDE testing institute enjoys Europe or even world-wide acclaim. It gets involved in developing standards for the International Electrotechnical Commission (IEC) and the European Committee for Electrotechnical Standardization (CENELEC) representing Germany. Since 1974, VDE has been an HAR-authorized German agency with a high level of global recognition. It follows German and international standards in terms of wires and cables testing. 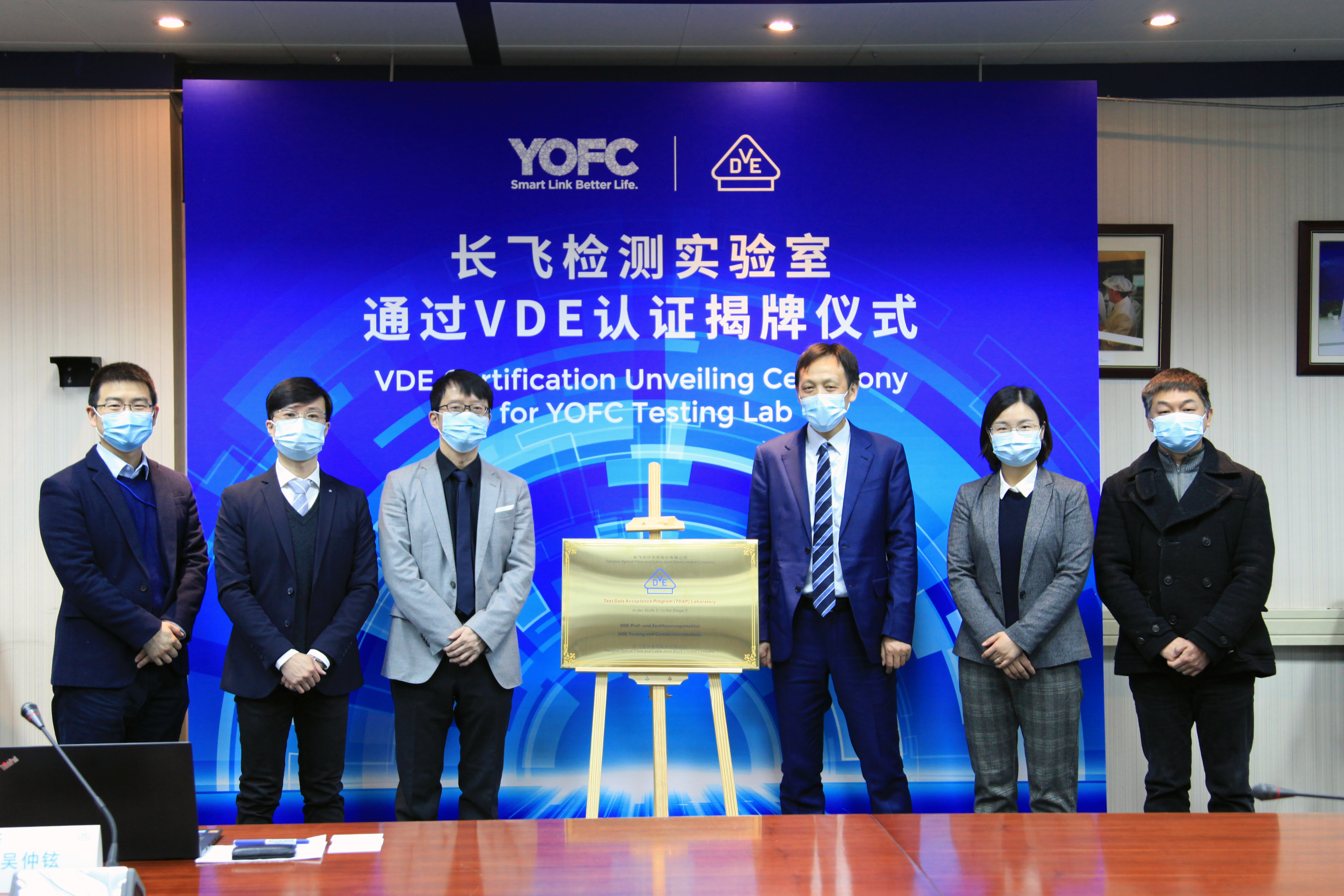 YOFC Testing Center, which established and operates management system based on ISO/IEC 17025,  obtained CNAS certification in November 2012 and Telcordia laboratory certification in April 2013. After years' of development, YOFC Testing Center now boasts over 30 technicians, with a testing area of over 3,000 m2, and over 400 advanced test devices. It is capable of testing the optical, geometrical, mechanical, environmental and material properties of optical communications products including optical fibre, optic cable, optical distribution frames, and optical cable raw materials. YOFC Testing Center continually verifies and improves its testing capability with various quality control methods including proficiency testing, comparison of laboratories, personnel, equipment, and methods, and quality control diagrams, as well as systematic test analysis. The Testing Center has also been an important part in standard organizations as it has obtained over 60 patents, published 30+ papers in international journals and meetings such as OFC, ACP, and IWCS, and involved in the development of over 200 international, national, or industry standards.

Being certified by VDE, one of the most authoritative EU-certified testing institutes, proves YOFC Testing Center's management system is up to  ISO/IEC17025 standards and IECEE standards and YOFC is equipped with  testing capabilities for optical fibre and tight buffered fibre, as well as indoor, outdoor, and ADSS optical cables.

Going forward, YOFC Testing Center still sticks to the principles of “Integrity, impartiality, Rigor, and Accuracy” to provide customers with professional services and enable them to go global.

PrevNone
All
NextCome Together to Tide Over Challenges, Embrace a Better Future